A New Generation For New Mexico 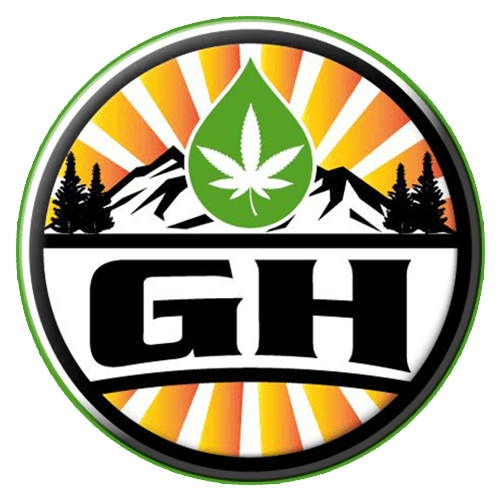 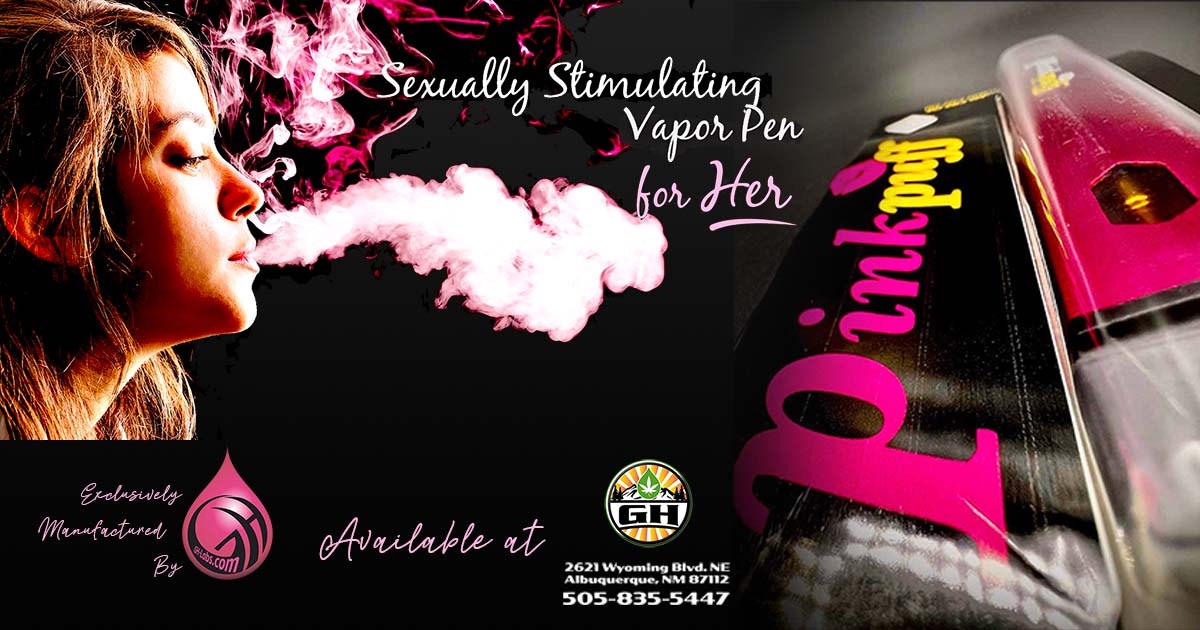 “MY OLD LADY TURNED INTO A TRAMP and started screwing me like crazy.”

When GH-Labs founder Vance heard those words from a biker pal, he knew he was onto something. His friend had spent eleven years cultivating a special strain of cannabis to alleviate his wife’s multiple sclerosis symptoms. Vance first response, “No shit?” His second response was, “I need to market this.”

“It really helps her MS, but the side effect of it being a libido enhancer was what I was really interested in,” he said. “It could help a lot of women out there who have trouble with their libido.”

So, Vance took a clone to his lab in 2014. And in 2015, the Pinkpuff, a pure sativa plant (GH169, patent pending), hit the New Mexico and Denver markets as a female-libido enhancer in a disposable vape pen.

HOW DOES IT WORK?

No scientific studies have been performed just yet, but GH Lab’s chemist Daniel Hernandez opined, “Based upon the fact that out of the fifty men and women we tested, it energized the men and raised most of the women’s libido, my theory is that it is affecting hormone levels. It seems to mimic an androgen, like testosterone, in the body. Androgens, such as testosterone, ore precursors to estrogens. So it could potentially change the balance of hormones in the human body or temporarily give the effect of an increase of a specific hormone.”

Hernandez also used the word “tramp” to describe the effect the plant has on women. “I tried it with my girlfriend, and we stayed up until 5a.m. having sex. She said, ‘All I can say is it makes me feel like a tramp,’” he said.

I don’t want to turn into “a tramp,” per se, but I do like the “screwing like crazy” part of GH Labs crew’s claims. So, I gave it a go.

I followed the instructions to the T. The first thing I noticed: The vape pen doesn’t taste or smell like cannabis. It has a girlie, sweet flavor and aroma. The product is for women, so that makes sense. My regular vape pens and even flavored cartridges give off a lot more smoke, making my cats give me the stink-eye and turn up their noses in disapproval. But the Pinkpuff was really subtle—almost like a Hookah. My cats approved.

Twenty minutes later…My date and I were nibbling on dark chocolate, strawberries and each other, and all of a sudden Pinkpuff kicked in. I blurted out, “I’ve never loved chocolate as much as I do right now! Schoolgirl or naughty nurse costume?”

“You eat that insane chocolate. Me is going to change into something fun. Schoolgirl or naughty nurse costume?”

I handed Stefan the ruler and playfully ran off again. He caught me at my long, dining room table, which was perfect for bending over and cracking my ass with the ruler. Once my ass was sufficiently red, he turned me around, pulled the little white panties down, and started going down on me. But, in my super-high state, I was still feeling more playful-sexy.

“Braids!” I blurted out next as Stefan was doing the alphabet with his tongue.

“I need braids for my outfit. Britney had them.” I dashed off again.

As annoying as my newfound sexual ADD was, we actually had a blast, Think about it: When was the last time you got to chase around a half-naked chick in a schoolgirl outfit?

I returned from my room with my hair in braids and a goody bag I had just received from the Doc Johnson sex toy company.

“Let’s play with this stuff!” I exclaimed. I pulled out the Helping Head Ultimate BJ Helper, a three-inch “stroker” with soft massaging beads on the inside that you put on the base of the penis for added pleasure as you stroke it while the tip of the penis is in your mouth.. But, even when I’m vaping, not smoking, I get dry mouth. So, I reached for strawberry Wet Head Mouth Spray to lubricate my mouth. Seriously, this spray is a godsend for anyone who gives head high. (Hey, bud tenders, you should stock the hell out of this stuff!)

I took a few more puffs of the Pinkpuff and proceeded to best hand job/blow job combo I could muster in my high-ass state. Pinkpuff had me thinking Stefan tasted better than the chocolate from earlier, and I devoured him like my life depended on it.

We ended up having very energetic and playful sex three times in five hours…with two more costume changes. Does that make this lady a tramp? We are open for Recreational Cannabis Sales